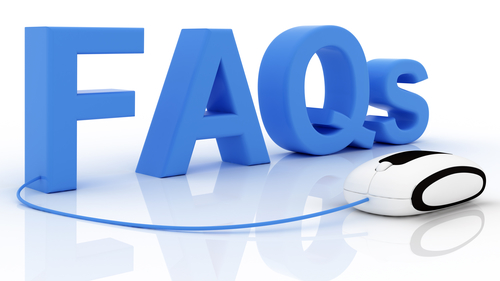 1. What Is an Oversize/Overweight Permit?

An oversize/overweight permit is a document acquired from a state, county, city, or province to approve travel in a certain jurisdiction for oversize truck movement. In the majority of cases, it will list the name of the hauler, the description of the load, its dimensions, and the route they are going to travel.

2. When Do I Need an Oversize/Overweight Permit?

You have to obtain oversize and/or overweight permits when hauling a load larger than a particular jurisdiction’s legal dimensions. Some examples of such dimensions are below.

3. What Is a Heavy Haul Permit?

Heavy haul trucking requires individual truckers or trucking companies to use special permits called “heavy haul permits” provided by the state, city, county, or other municipality you are scheduled to travel to or through.

A fuel permit is a type of trucking permit that grants temporary travel authority for a private or commercial carrier in a province or state where the carrier is not registered. Vehicles that are not active members of the International Fuel Tax Agreement (IFTA) program, or that don’t have an IFTA sticker, require fuel permits for most interstate travel.

6. What Is a Mileage Permit?

Mileage permits are permits that charge you for travel based on the amount of miles you travel within the jurisdiction. Some states that require truckers to have mileage permits in addition to their trip and fuel permits. These states are:

7. What Is a Superload Permit?

Superload permits are a subclass of heavy haul permits. When a load reaches a certain size, it is designated a “superload,” which carries with it increased permit fees and requirements.

When you are transporting a superload, you need experts on your side for the planning process. OverweightPermits.com’s highly skilled team of permit agents will survey your route state by state, highway by highway, to guarantee that every underpass and bridge crossing can admit the size and weight of your superload.

8. What Is an Escort Vehicle or Pilot Car?

Escort vehicles, also known as pilot cars, travel with heavy haul transporters, ensuring the safety of both the load and the hauler. Escort/pilot vehicles are public safety vehicles that warn the truck driver or the public of any possible dangers on the road. They also assist the hauler in working through challenging situations, such as when they approach a one-lane bridge. These pilot cars may also carry maps and emergency equipment, such as fire extinguishers and first aid kits, in case unforeseen circumstances occur to arise.

9. What Are the States’ Requirements for Escort Vehicles or Pilot Cars?

The requirements for escort vehicles vary from state to state. However, there are some general parameters that almost all states require escort vehicles to follow. They are the following:

10. What Are the Requirements for Front Escorts?

The front escort warns other vehicles of an approaching oversized load. It can be difficult to get traffic to stop for something like a narrow bridge because it is illegal for the front escorts to cross the center line into the oncoming lane. So, the front escort generally goes far enough in advance to inform the trucker through CB Radio about approaching traffic. This way, the driver can stop before the bridge until the front escort driver confirms that it is safe to cross.

For overheight loads, drivers will sometimes equip their front escort cars with a high pole. This ensures that the hauler will not try to pass under an underpass without sufficient clearance.

11. What Are the Requirements for Rear Escorts?

The rear escort performs obligations such as staying in one or more lanes other than the lanes that the truck and load are occupying. This blocks off traffic while the truck and trailer make a turn. In addition, the rear escort may also make sudden lane changes. They do this because the truck needs to change lanes because of an obstruction in the road ahead, a lane ending, or one or more vehicles parked on the shoulder of the road, such as police or tow trucks.

These pilot cars may also carry maps and emergency equipment, such as fire extinguishers and first aid kits, in case unforeseen circumstances occur to arise.

12. Where Should the Sign Be Mounted When an Escort Vehicle Is Required?

Escort vehicles can display their “OVERSIZE LOAD” signs in two ways. The vehicle may have one sign on top of the vehicle that displays the text on each side. Alternatively, the vehicle can display two signs, one each on the front and back end.

Some states will require a special pilot car, called a “high pole car”, in front of the tractor-trailer when the load is overheight. This type of vehicle has a special pole attached to the front bumper. It is adjustable to whatever height is needed for that specific load to clear bridges, traffic signals, power lines, or other overhead barriers. In many states, these cars are required if the loaded height exceeds 17 ft. But, there are some states that require a high pole car at lower heights. For example, in New York, if the loaded height of the trailer is more than 14’6″, a high pole car is required.

14. What Types of Trailers Do You Have for Heavy Hauls?

Here are the types of trailers that we offer for heavy hauls:

In road transport, an oversize load (or overweight load) is a load that surpasses the standard legal size and/or weight limits for a particular portion of road, highway, or other transport infrastructure. In Europe, it may be referred to as “special transport” or “heavy and oversized transportation.” Oversize loads refer to loads that are too long, wide, or tall to fit within legal limits. Overweight loads refer specifically to loads that exceed legal weight limits. A given jurisdiction may have load per axle limits, which would make a load that surpasses the per-axle limits but not the overall weight limits still an overweight load. Construction machines (cranes, front loaders, backhoes, etc.), pre-built homes, and containers are all examples of oversize or overweight loads. In addition, construction elements like bridge beams, generators, windmill propellers, rocket stages, and industrial equipment tend to be oversize.

A superload is a load that is extremely overdimensional. A superload exceeds the limits of even an oversized load in either width, height, length, or weight. Loads that exceed 16′ in height, 16′ in width, 120′ in length, or 120,000 lbs are usually considered superloads. These must not be able to be divided or broken down to reduce their size. They are extremely heavy and large pieces of equipment, such as cranes, large vessels, and structures.

17. What Is the Difference between Divisible and Non-Divisible Loads?

A divisible load is any cargo that can be divided into units that weigh less than the legal limits without affecting the load’s physical integrity. Any load that takes less than eight man-hours to break apart into smaller pieces can be considered divisible. If a load is divisible, a transporter must divide it and transport it that way in lieu of obtaining oversize or overweight permits. Each state has its own specific regulations on what legal weight and size mean, so make sure to contact the states that you plan to use for transport before your transport.

Some states have grandfathered rights regarding longer combination vehicles. These can be found in Appendix C to 23 CFR Part 658-Trucks Over 80,000 Pounds on the Interstate System and Trucks Over STAA Lengths on the National Network.

Non-divisible is defined as any load or vehicle exceeding applicable length or weight limits which, if separated into smaller loads or vehicles, would:

If a load meets any of these parameters, the load is considered non-divisible. Therefore, it likely requires oversize or overweight permits for transport.