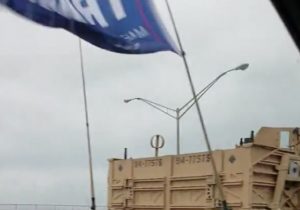 The military shows no interest in getting involved with politics. This does not mean that what is in that video is not against the law.

As stated by the Department of Defense, it is against protocol for any military personnel to so any kind of support for any political message.

Semi-truck Plant in Coolidge Will Create Up to 2000 jobs