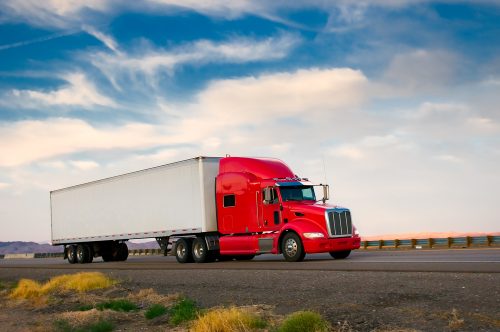 In January, trucking companies ordered the most number of new big rigs in nearly 12 years, as they hustled to take advantage of one of the hottest freight markets in recent memory.

A nationwide shortage of trucks has sent shipping costs soaring, with retailers and manufacturers in some cases paying over 30% above typical rates to book last-minute transportation for cargo. Trucking companies, buoyed by strong demand and flush with cash following the recent tax overhaul, are accelerating plans to replace or expand their fleets.

The arrival of more trucks could stabilize the freight market, helping shippers. But relief could be months away. Many trucks ordered in January won’t be delivered until the second half of the year, and fleets are having trouble recruiting enough drivers to fill seats in their existing big rigs.

In January, North American trucking companies ordered 48,700 heavy-duty trucks, the big rigs used for regional and long-haul routes, according to a preliminary report from ACT Research. That is more than double the prior-year level.

Some fleets hope to lure drivers by investing in new vehicles with features such as automated manual transmissions, which are easier to drive. Newer trucks typically get more miles a gallon of diesel, helping offset the impact of rising diesel prices.

“Trucking capacity is getting tighter, and this is obviously driving people to get new product and meet that demand, ” said Rick Reynolds, chief executive of Peach State Truck Centers LLC, which has 11 dealerships in Georgia and Alabama.

Regional carriers, which tend to follow the big fleets, “are also jumping in the game,” Mr. Reynolds said.

Freight rates are soaring on strong demand from retailers and manufacturers after a standout holiday season. Truck capacity is also under pressure because of a new federal safety rule that requires truckers to electronically track their hours behind the wheel, which has kept some trucks off the road and lengthened delivery times.

Despite the rush of new truck orders, some big fleets say they are more focused on replacing their equipment than expanding.

Trucking companies binged on new trucks in 2014, creating a glut when freight demand slumped in late 2015 and 2016. Fleets sharply cut back on orders after that, helping to set up today’s shortage. Truck manufacturers shut down production lines and laid off workers, though many began raising output last year as the market began to improve.

Truck industry analysts expect production of heavy-duty trucks in North America to grow by about 25 percent this year to about 320,000 vehicles. That represents an increase in daily production to about 1,300 trucks, from 1,100 in December. But it may take longer for those trucks to reach the market, as the backlog of orders is now at 159,000 trucks, from 134,000 at the end of December, according to ACT.

Fuel Prices Start To Plateau As Of Recently… Good News For Trucks?

Karma Automotive Will Build 20,000 Electric Vehicles with Ayro by 2023